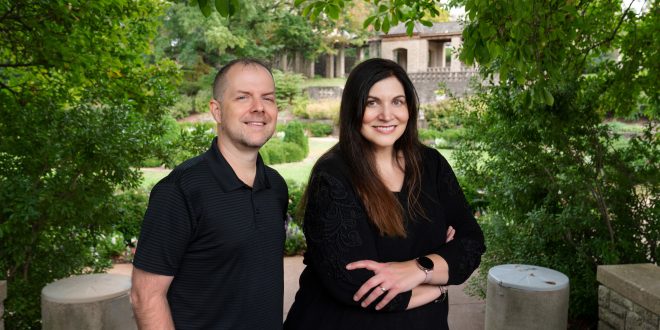 Erin has been a part of the 94.3 KAT Country morning lineup since July of 2008, originally starting her run with Kevin Hilley, who now hosts weekday mornings on 101.9 The Wave in Lake of the Ozarks.

Chris, also known as Christian on the air, also has broadcasting experience in the Lake Area, which started in March of 2020. Other markets Blood has worked in include Des Moines, Iowa, Fresno and San Luis Obispo, California and also in Dallas-Ft. Worth.

Chris is married to his wife, Sara, and they have three children.

Fun Fact: Chris is the only person in his family who does not speak Spanish as everyone but him was born in Spain, although he did live in the capital of Madrid from 2013 through 2018 while working outside the radio industry.

Please join all of us in celebrating the launch of 94.3 KAT Country Mornings with Erin and Chris.