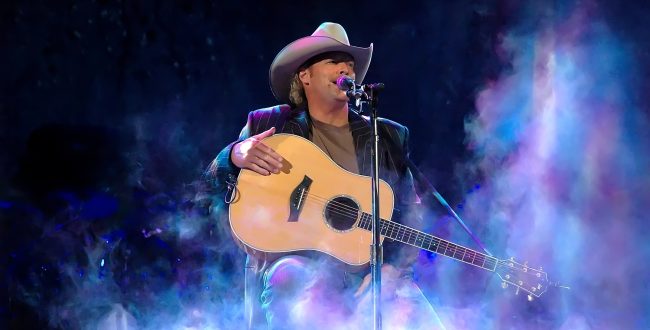 This is well deserved!

Alan Jackson will be honored with the Artist of a Lifetime award at the upcoming CMT Artists of the Year special, set to premiere on CMT on Friday, October 14th at 9 p.m. ET. Alan made the announcement on his Instagram page. See his post here. Previous recipients of this award include Randy Travis, Reba McEntire, Loretta Lynn, Shania Twain, Kenny Rogers, and Merle Haggard.

“I believe I’ve made more videos than just about anybody, and I know how important they have been in bringing my songs to life for the fans, so thank you CMT for all the years and for this sweet honor. I’m very proud.” – Alan Jackson

Alan has made and released nearly 60 music videos throughout his three-decade career.