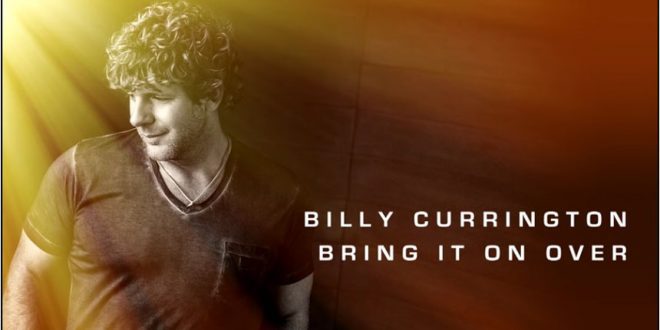 It’s been awhile since we’ve heard anything new from Billy Currington….however he’s rewarded our patience with NEW music Today!!

The country star has shared his latest single, and it’s called “Bring It On Over.”

“Bring It On Over” is Currington’s first new song since his 2015 album Summer Forever which brought us hits like “It Don’t Hurt Like It Used To”, “Do I Make Ya Wanna”, “Drinkin’ Town With A Football Problem” & “Don’t It”, is the lead single from his forthcoming new full-length album. The song is upbeat and dance-worthy as Billy sings about being so crazy about his significant other, that he’s going over to her house even though they just saw each other the night before.

“Baby, I can’t stop thinkin’ about last night/ Still taste your kiss, still taste the wine/ trying’ to turn this ten minute drive to five,” Currington croons in the first verse. And in the chorus, he sings, “When you say you need me/And you just got to see me/And all you want is me right now/Oh, baby just wait a minute/If you’re in the bed stay in it/I’m about to dive on in it/Got to, got to get you closer/ I’m about to bring it on over.”

While no further details or plans for his new album have been announced yet, the record is sure to be nothing short of amazing, especially after hearing “Bring It On Over.”