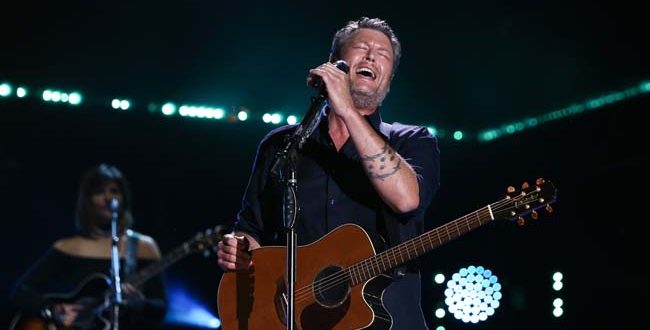 This is going to be fantastic!

Blake Shelton has got some big plans for 2023. He’ll hit the road on his Back to the Honky Tonk Tour with special guests Carly Pearce and Jackson Dean beginning on February 16th in Lincoln, NE. The tour will be making a stop in Missouri in March. Tickets to the 18-date trek go on sale Friday, September 16th, and Friday, September 23rd for select dates.

Blake announced the tour on social media Wednesday, September 7th writing, “We’re throwing one hell of a party in 2023.. the #BackToTheHonkyTonk Tour with @carlypearce and @thejacksondean is coming to a city near you!!! It’s going to be big…” Check it out here!

Blake said, “There’s nothing like getting out on the road and taking music to the fans. I feel just as excited to step on stage and perform as I did the very first time. I know my tour mates Carly Pearce and Jackson Dean feel the same, and I can’t wait for y’all to get to know them better. Break out the hats and boots, ‘cause we’re going back to the honky tonk!”

He will perform his latest single, “No Body,” Thursday, September 8th on NBC’s The Tonight Show Starring Jimmy Fallon.

Blake will then head to Nashville for two performances at the Grand Ole Opry on Saturday, September 10th.

Here are the Back to the Honky Tonk Tour dates: