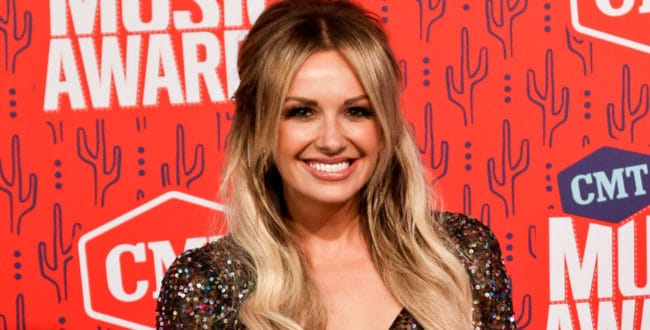 Ashley McBryde was someone Carly Pearce always wanted to work with.

Carly Pearce and Ashey McBryde have teamed up for the first time to write and record a new song on Carly’s new album, 29: Written In Stone, which is due out tomorrow. The song is called “Never Wanted To Be That Girl,” and as Carly tells it, Ashley was on her very short list of fellow artists she wanted to collaborate with.

Carly explains further, “I’ve only wanted to write with two of my peers, one being Luke Combs, and we wrote ‘I Hope You’re Happy Now,’ which didn’t suck, I guess, and Ashley, and I know that Ashley and I are very different, but in a lot of ways, musically and vocally, we’re quite similar, and I would sit next to her in rounds that we’ve played over the years and just be like, ‘Oh, I want to sing with her,’ and I just asked her if she wanted to write a song, much like I did Luke,  and she did.”

“Never Wanted To Be That Girl” is out now. Watch the lyric here!

Carly is up for Female Vocalist and Album of the Year for 29 at the upcoming CMA Awards. The winners will be announced on November 10th in Nashville.