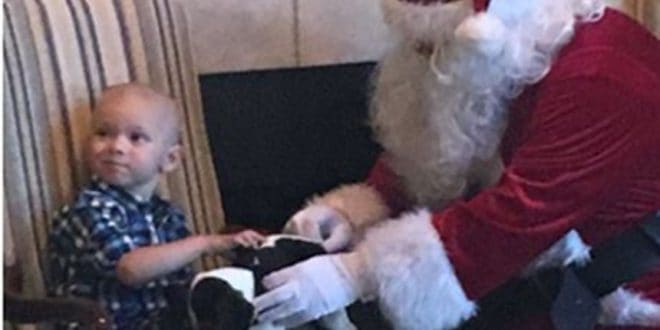 Christmas Came Early for a 2-Year Old in Ohio

Get out the Tissues and get ready to get hit in the feels!! Christmas came early for a Boy with Cancer in Ohio.

Christmas came three months early when Santa Claus in a fire truck, Spider-man,Hulk on bikes, wreaths and Christmas carols were spotted in a neighborhood in Ohio – all for  two-year-old Brody.

According to a report by The New York Times, almost six weeks ago, Brody’s parents were informed that their son had only two months to live.

Realizing that Brody wouldn’t make it to Christmas, they decided to bring Christmas to him. Read more and see the pictures HERE