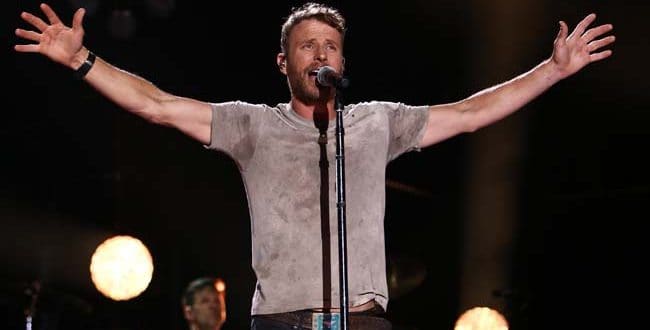 Dierks Bentley’s set last month at the 48th annual Telluride Bluegrass Festival was captured in the just-released EP, Live From Telluride. Dierks tapped The War And Treaty for their vocals throughout, had multi-instrumentalist sisters Larkin Poe join the band for the entire set, and enlisted the talent of bluegrass star Sam Bush. Live From Telluride is available on all digital platforms.  Check out the YouTube trailer!

Dierks said, “This really was a once in a lifetime show for me. Getting to play at my favorite festival…with some of my favorite musicians and performers…in one of my favorite places in the world…felt like a dream. Luckily this dream was captured on tape and I can go back and relive the way it felt that night whenever I want.”

Dierks will kick off his Beers On Me Tour with specials guests Riley Green and Parker McCollum on August 13th at Salt Lake City, UT. He makes a stop in St. Louis this fall! Get details here!

Here is the Live From Telluride tracklist: