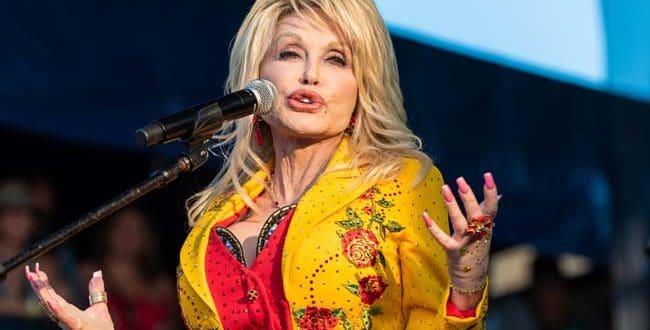 Dolly Parton and Kelly Clarkson have teamed on for a new duet version of “9 to 5″ in conjunction with the release of the Still Working 9 to 5 documentary, set to premiere on September 16th. The song has been reimagined into what is described as “a melancholic yet inspirational anthem.” Give it a listen here.

“Nobody sings like Kelly Clarkson. She makes any song come alive. I love her voice on 9 to 5 and I am so proud I got to sing with her on it . . . ” – Dolly Parton

“I am so honored that Dolly asked me to reimagine this iconic song, ‘9 to 5,’ with her! She is so talented, an inspiration to all women, and one of the sweetest people you will ever meet! I hope y’all like what we did, but even if you don’t, remember I got to sing a duet with the magical Dolly Parton and now have bragging rights til the end of time!” – Kelly Clarkson

Written and recorded by Dolly, the original “9 to 5” debuted in 1980 in tandem with the film of the same name starring Dolly, Jane Fonda, and Lily Tomlin. The song received an Academy Award nomination for Original Song and four Grammy Award nominations winning two of the latter for Best Country Song and Best Female Country Vocal Performance.