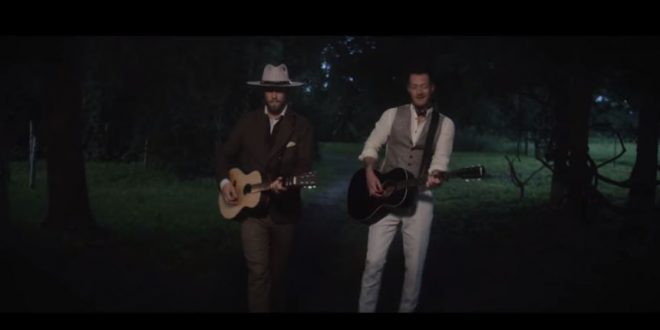 Florida Georgia Line has tapped one of their Song-Writing buddies to take a gamble on Vegas with them!

Florida Georgia Line has added Canaan Smith to the lineup of their Live From Vegas shows at Planet Hollywood’s Zappos Theater in December. Canaan has co-written hits cut by FGL, Jason Aldean, and Cole Swindell, not to mention his own chart-topping song, “Love You Like That,” in 2014.

Canaan said, “I’ve always wanted to tour with FGL and what better place than America’s playground. Seriously, I’m amped, y’all. I’m gonna make the most out of every minute on that stage. These crowds have no idea what’s comin’.”

FGL’s mini-residency begins on December 1st, with the duo headlining a handful of shows through December 11th.

Tyler Hubbard says that though the duo has been to Vegas many times over the years, they’ve yet to really spend any time there. “We’ve never spent more than about three days in Vegas, nor have we ever wanted to, so (Brian Kelley laughs) I think we’re kind of excited to actually go spend two weeks, kind of spend some time off this trip a little bit, see what else Nevada has to offer and I think we’re doing five or six shows spread out between about two weeks, so it won’t be a crazy, strenuous schedule and we can just kind of enjoy the time with our family, enjoy Vegas and see what it’s like. I do think if it goes over well, that, yeah, down the road at some point we could definitely turn that into something a little bit bigger, but this was a great year to do that, being off the road, not doing a big tour and kind of creating a little bit more of a demand. Now the fans know if they want to come see us they can come to Vegas in December so it’s cool.”

Tickets to Florida Georgia Line Live From Vegas are on sale online at ticketmaster.com or in-person at the Planet Hollywood box office. The shows will also feature 11-year-old Mason Ramsey.