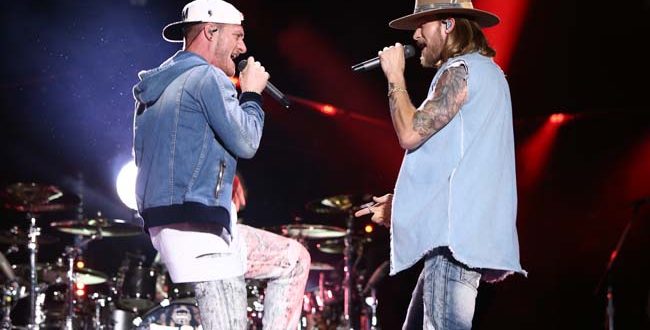 We know Florida Georgia Line has been hard at work!

Florida Georgia Line has been working on their fifth studio album, the followup to 2019’s Can’t Say I Ain’t Country. The first single from that album, called “Long Live,” was released Thursday, September 10th, and is now available at all streaming platforms and digital retailers. Watch the lyric video now!

Brian Kelley says the upcoming project has a familiar vibe but still propels the duo into the future, musically. Brian explained further, “This fifth record will have some nostalgia for sure, some kind of old school FGL vibes if you will, but also still pushing the boundaries, still kind of exploring, and sonically it’s a little bit of a throwback, I guess you could say, but we’ve been workin’ hard and continuing to hone in on our sound and even dig deeper, get our hands dirty with our music and get even more nitpicky on singing and every line and just continuing to push forward.  So, we’re super excited. We think we’re elevating our game and I think a lot of people will be excited and surprised.  Yeah, we’re just in a good place.  It’s just a whole new energy.”

No release date has been announced for Florida Georgia Line’s new album. We hope it’s sooner rather than later!

They recently topped the charts with their 17th Number One hit “I Love My Country,” which is featured on FLG’s 6-Pack EP. Check out the video below!