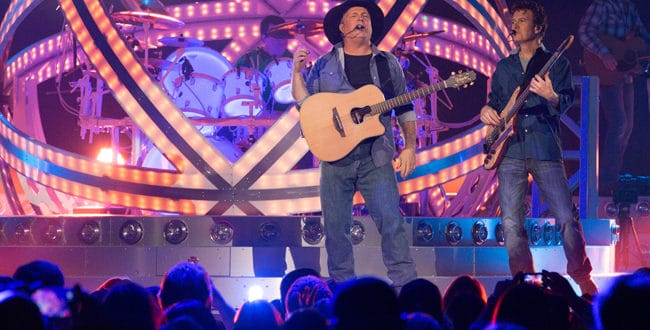 There’s less of Garth to love these days.

Garth Brooks says that he has lost 50 pounds to reach the same weight he was when he was 35. He is now 60. Garth told members of the media prior to his recent Croke Park run in Dublin, Ireland, “What happened was, weirdly, at the 25th anniversary of Croke Park and Central Park, and I was sitting there looking at it thinking everyone looks the same… what is wrong with your fat ass, here we go.”

Garth said he was a “soccer dad” for 16 years and out of the spotlight while his daughters were growing up, he admitted it took “awhile to get back to the artist feel,” like eight years, according to the superstar.

We can’t wait to see it! Like all Garth projects, we know it will be amazing!