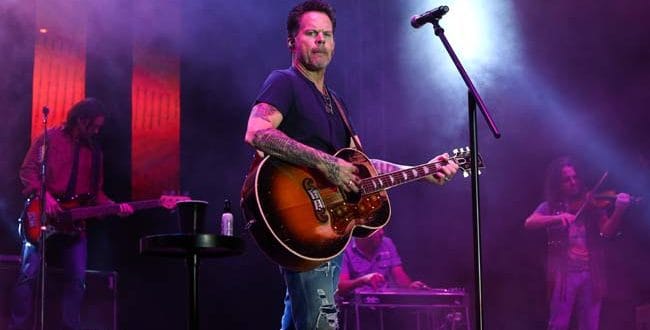 Gary Allan will celebrate the release of his new album, Ruthless, with a free one-hour live concert at Nashville’s newest downtown performance space, Assembly Hall, on release day, which is Friday, June 25th at 8 p.m. CT. To sign up for free tickets, fans can visit https://umgn.us/RuthlessReleasePartyPR.

Gary made the announcement on Twitter. Check it out!

Celebrate the release of #RUTHLESS on June 25th with a #FREE concert on the Rooftop Stage at @Assembly_Hall in Nashville. Gary will be playing some of your favorites, as well as some tracks from the new album! Register at https://t.co/RsQ7z6nNpN pic.twitter.com/jtbSqCjJLK

Gary will perform a selection of songs from Ruthless along with some of his biggest chart-topping hits. Attendees will also be able to enjoy a tasting of Gary’s Weed Cellars whiskey brand which will be available at the venue. He recently unveiled the whiskey in the music video for the lead single from Ruthless, “Waste of A Whiskey Drink.”

Gary said, “Ruthless is my first album in eight years and I cannot think of a better way to celebrate than playing on Lower Broad on release day. It feels great to be playing live shows again and to have new music makes it even more special.  I’m excited for fans to be able to get their hands on the new music and celebrate the release with me at the show.”