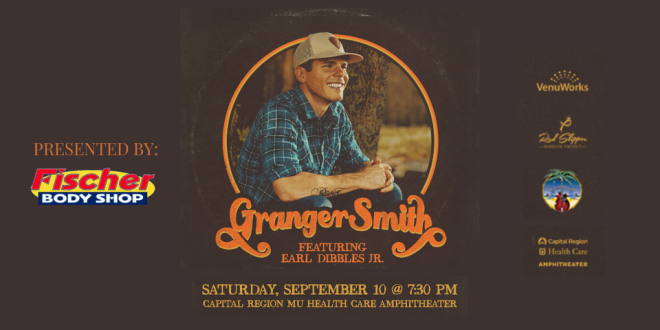 ANGIEPALOOZA celebrates its 10th anniversary and they are celebrating in a BIG way! Granger Smith featuring Earl Dibbles, Jr. with opening act Murphy’s Ford presented by Fischer Body Shop is coming to Capital Region MU Healthcare Amphitheatre in Jefferson City with proceeds benefiting the Red Slipper Warrior Project, which is an empowerment initiative designed to help women and little girls become warriors and better fighters in their battle with cancer.

Capital Region MU Health Care Amphitheater is back for a second season! A beautifully renovated 2,500+ capacity amphitheater managed by VenuWorks will be open for the 2022 outdoor event season. The amphitheater hosts local, regional, and national entertainment.

For information about the venue, go online to www.riversideamp.com. Also, be sure to like the amphitheater’s Facebook page for the latest on the new entertainment venue, additional concerts, and other upcoming events.