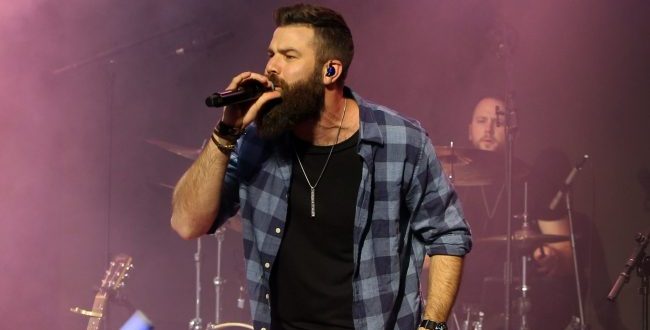 “I played a Veteran’s event a few years ago and Danielle was on the round and I was just absolutely blown away by her voice live. I’ve been a fan of her for a long time, and I knew that when we finished that song, it was something I wanted to get to Danielle to see if it’s something that she would want to sing with me. I’m very grateful she said yes, and really excited how it turned out, so pumped for y’all to hear it.” – Jordan Davis

“Midnight Crisis” follows recent releases from Jordan including “Next Thing You Know” and his current single, “What My World Spins Around.”

His latest Number One hit, “Buy Dirt” (feat. Luke Bryan), is nominated for both Single of the Year and Song of the Year at the upcoming 56th CMA Awards, set for November 9th in Nashville.

This week, Jordan will headline two sold-out shows at Nashville’s Ryman Auditorium. He is currently on the road with Luke Combs for the Middle of Somewhere Tour through December.