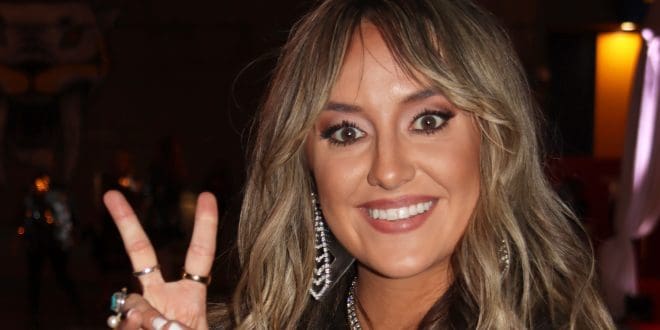 Lainey Wilson will release her new single, called “Heart Like A Truck,” and its video on Friday, May 20th.

Lainey made the announcement on social media, and she is set to perform the song when she makes her national television debut on NBC’s Today show on Tuesday, May 24th.

“These past few months have been such a whirlwind, but man, it was quite the journey to get here. Miley (Cyrus) wasn’t playing when she said, ‘it’s about the climb,’ because it really is what builds character and teaches you the most about yourself. ’Heart Like A Truck’ is all about self-discovery, growth and embracing scars as badges of honor. After all, a truck that has hit a few bumps and earned some scratches has proved itself and its tenacity—the shiny one on the lot can’t say that.” – Lainey Wilson

“Heart Like A Truck” is the debut single from Lainey’s upcoming studio album.

Lainey will join Jon Pardi on his Ain’t Always the Cowboy Tour this summer as well as play select dates with Morgan Wallen and Luke Combs.

Check out the story on 94.3 KAT Co0untry Mornings with Erin and Chris below :