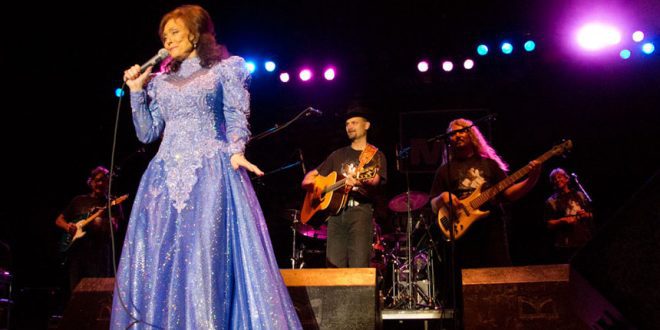 Loretta Lynn To Be Honored With Prestigious Award.

Loretta Lynn is set to receive CMT’s “Artist of a Lifetime” Award!

CMT’s Artists of the Year special will pay homage to the fierce females in Country music over the last 12 months, including such superstars as Carrie Underwood, Miranda Lambert, Kelsea Ballerini, Maren Morris, Little Big Town’s Karen Fairchildand Kimberly Schlapman, and Lady Antebellum’s Hillary Scott, but the night’s biggest honor with go to the “coal miner’s daughter.” Loretta Lynnwill be presented with the “Artist of a Lifetime” award presented by Ram Trucks during the CMT Artists of the Year event premiering live on Wednesday, October 17th at 8 p.m. ET/PT. Oscar-winning actress Sissy Spacek will give the award to Loretta.

Have you heard Loretta Lynn’s NEW song, Wouldn’t It Be Nice? Hear it HERE.

The legendary artist said, “I’m always so proud when I receive any awards for my music, but when I heard it was this year’s “Artist of a Lifetime” award it made me really happy. It’s an honor to be able to make music that people enjoy and I’m really excited to have a new album coming out. Thank you CMT for acknowledging me with this award and for honoring the women in country music at Artists of the Year.”

No stranger to prestigious honors, Loretta has become a member of the Grande Ole Opry, the Country Music Hall of Fame, a recipient of the Kennedy Center Honors, a Grammy Lifetime Achievement Award-winner and the recipient of the Presidential Medal of Freedom, to name a few. She previoiusly told us that professionally speaking, she can’t think of one thing that she still has yet to accomplish. “Nah, I think just keep on doing what I’m doing. I like to work. That’s the only way I could live is keep working. I don’t care if it’s hoeing strawberries. I’ve just got to keep working.”