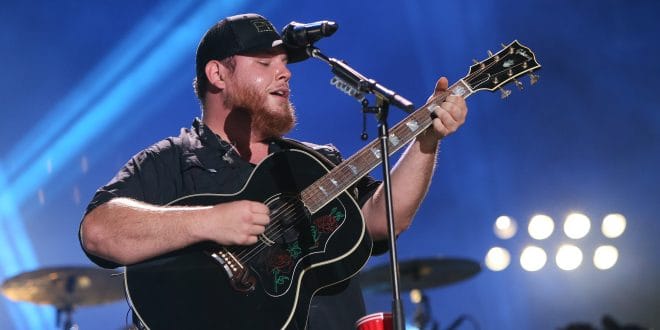 Luke Combs’ latest single, ‘Doin’ This,’ claims the Number One spot on both the Billboard Country Airplay and Mediabase/Country Aircheck charts this week.

This is Luke’s 13th consecutive chart-topper.

The feat coincides with the fifth anniversary of his debut single, ‘Hurricane,’ hitting Number One.

Luke tweeted, “Today is the 5 year Anniversary of “Hurricane” going #1. I get to celebrate with my 13th in a row with ‘Doin’ This’ That’s INSANE! Thank you to everyone who has been a part of this every step along the way. Wouldn’t be possible without you. Love y’all!”

Luke also says ‘Doin’ This’ has a biographical quality.

“Anybody that is really passionate about what they do and loves their job and is doing the thing they love to do and somehow figured out a way to get paid for it, that is the story. Because I would be singing and writing songs and playing guitar if I wasn’t where I am now.” – Luke Combs

In celebration of ‘Doin’ This,’ as well as Luke’s last eight chart-topping singles, BMI will host its biggest Number One party ever with a special sold-out Parking Lot Party concert on June 8th in Nashville featuring performances by Luke and his co-writers.

‘Doin’ This’ will be included on Luke’s upcoming album, Growin’ Up, which will be released on June 24th.

Check out what Luke has to say about his 13th straight No. 1 single by clicking below: