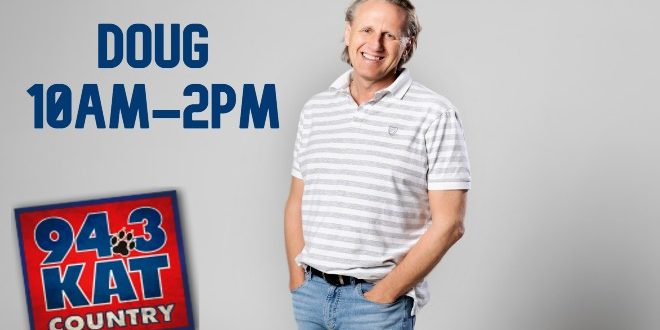 Doug is a 25 year radio veteran originally from Fargo, ND. He’s been in radio longer than he can remember with most of his time spent in creative services writing and producing commercials. He went to North Dakota State University (Go Bison!) and Brown Institute in Minneapolis for radio broadcasting.

In his radio travels he’s been in Florida, Texas, Arizona and finally in Missouri where he feels much more at home.

He’s married to his lovely wife from Germany who he met on Myspace talking about music (what else?) They both enjoy the great outdoors and watching wildlife. Doug also has a lifelong love for Professional wrestling and used to play drums in a band that played 80’s Hard Rock.