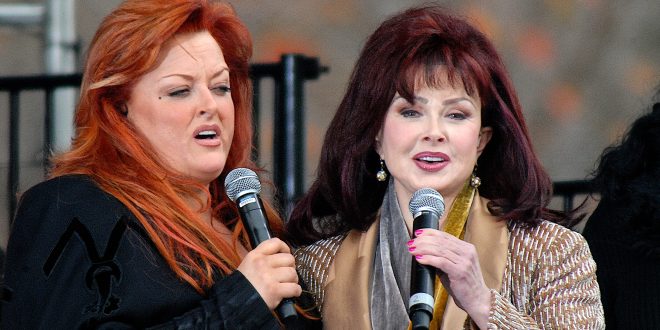 It was such a loving tribute.

Wynonna addressed the loss of her mother with a very emotional speech.

“Tonight is a celebration and at the same time, I can’t put into words how devastated I am. It’s the first place I’ve been publicly. I said goodbye to her two weeks ago and kissed her on the forehead. Her eyebrows were still perfect. She was unlike anyone in our family and I miss her so much.” – Wynonna Judd

Prior to Naomi’s death, she and Wynonna had announced a tour set to start in September. Last night, Wynonna revealed that she would continue on that tour, solo.

“So I’ve made a decision and I thought I’d share it on national television, that after a lot of thought I’m gonna have to honor her and do this tour. I’m just gonna have to.” – Wynonna Judd

Naomi died on April 30th at her Franklin, TN area home. According to her sister, Ashley Judd, she died from a self-inflicted gunshot wound.