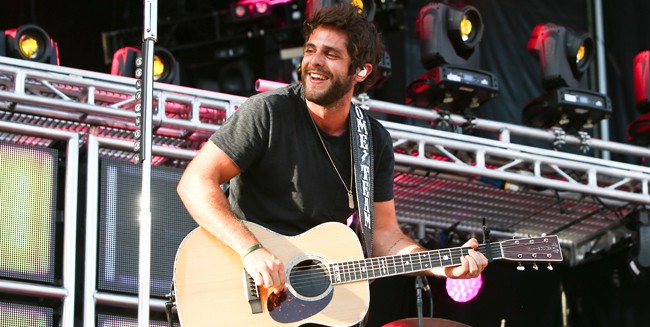 Another reason to look forward to Spring!

Thomas Rhett dropped some big news on social media Thursday, January 13th.  Check out his Instagram post here. His next album, called Where We Started, will be released on April 1st. He revealed that the project will include 15 songs, and he shared two of those new songs at midnight. Of course, Where We Started will also include Thomas’ latest hit, “Slow Down Summer.” Watch the video for “Slow Down Summer.”

In between writing and recording new music, Thomas has been getting to know his new baby girl Lillie Carolina, who was born in November. She joins big sisters Willa Gray, Ada James and Lennon Love, who range in age from six to almost two. While Thomas is loving every second of being a dad to four daughters, he revealed that he and his wife, Lauren, have decided to pump the brakes on growing their family.

“You know, I think minus the lack of sleep, not a whole lot has changed, but man I love it. Especially after having four, I’m like, ‘Well how bad could it be with six?’ You know? So we’ll see what happens in the next five or six years but we’re definitely gonna take a small break from trying to have babies right now.” – Thomas Rhett

Thomas will play his next live show on February 5th in Phoenix, AZ.