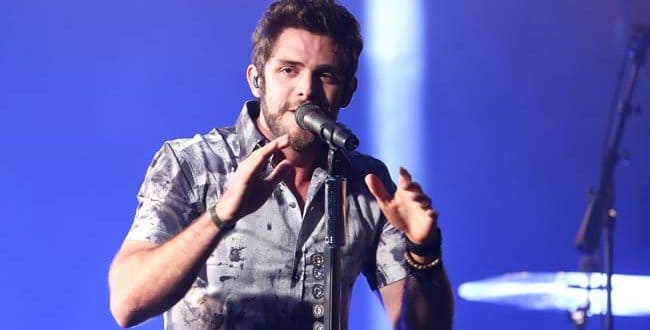 Just in time for Father’s Day.

Thomas Rhett has released a new song called “Things Dads Do” in time for Father’s Day. He teamed up with his dad, hit songwriter Rhett Akins, to write the track alongside Matt Dragstrem and Chase McGill. Thomas debuted “Things Dads Do” on the Grand Ole Opry stage over the weekend. Watch it now!

He said, “This is probably my favorite song I’ve gotten to write with my dad. I’ve learned so many life lessons from him, and it’s pretty wild to see so much of him in myself now that I’m a dad. It felt like we should go-ahead to release it for all of y’all who have been asking since we wrote it and to celebrate all the dads out there!”

Thomas released his latest album, Country Again: Side A, in April. His latest single is the album’s title track, and it sits inside the Top 15 and climbing on the country charts. Watch the video for “Country Again” below!