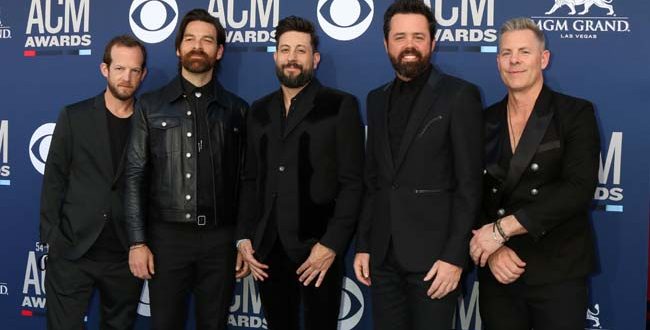 Old Dominion is ready to hit the road this summer!

Old Dominion has announced their headlining We Are Old Dominion: Live at the Ballpark Tour, set to launch on July 17th at The Ballpark at Jackson in Jackson, Tennessee. They have tapped Scotty McCreery, Randy Houser, Matt Stell, Blanco Brown, Caitlyn Smith, and Walker County to open the shows. The band has only revealed seven shows, however additional dates are expected to be added. They announced the news on Instagram. Check it out!

Via a statement, Old Dominion said, “This is literally the moment we’ve all been waiting for! We’ve all gone through it the last year. Now, it’s time to get back together, forget everything for a few hours, and have a great time.”

Public ticket on-sale starts Friday, May 21st at 10 am local. Also that day, Old Dominion will also release a new single called “I Was On a Boat That Day.”

Old Dominion has missed the stage and the fans over the past year due to Covid, but they have also missed each other. Brad Tursi and Matthew Ramsey elaborate, “What I missed, which comes back immediately when we all get together is just the laughter. Everybody equally cracks me up. (Matthew) Yeah, we laugh a lot in this group and that was sorely missed. It’s like we definitely have a connection and a sense of humor that sometimes gets us in trouble but it’s really fine-tuned amongst the five of us, so it was hard to not be around that.”

Here are the We Are Old Dominion: Live at the Ballpark Tour dates: