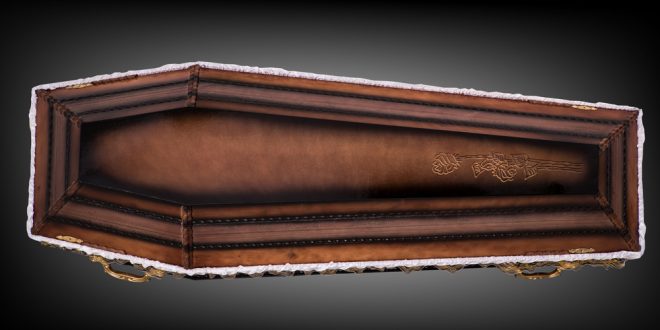 Are you brave enough to stay in a coffin for 30 hours straight?

“Coffin dwellers will be allowed to bring a friend along during Fright Fest operating hours, but they must brave the non-operating hours alone. Well, not exactly alone, some of our Fright Fest Freaks will be lurking about in the darkness. Anyone who gets out of their coffin for any reason, with the exception of the designated bathroom breaks, will be out of the contest.”

So what’s the reward for those able to brave 30 hours of claustrophobia?

The winner will also be entered in a drawing for a $300 prize.

Do you think you have what it takes to stay in a coffin for 30 hours?