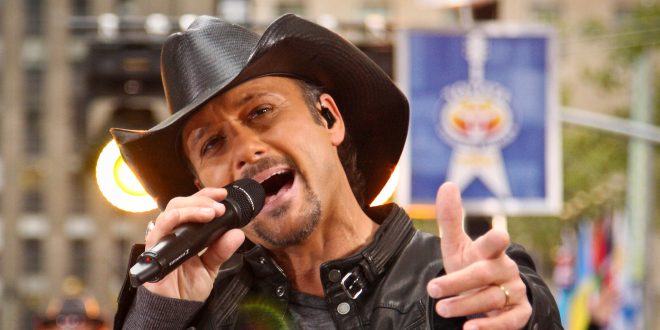 Tim McGraw Is Still Learning From His Opening Acts

Tim McGraw is in the midst of his first solo tour in six years.

McGraw hand-picked his opening acts, Russell Dickerson, who is direct support, and newcomers Brandon Davis and Alexandra Kay, whom he discovered through social media.

“I always want people out there who are gonna push me and people I learn from. Every opening act I’ve ever had, I’ve watched from the side of the stage, and I’ve always learned something from ‘em. And I think when you stop learning from other artists, then you should probably hang it up. There’s so many people out there I learn from, from the newest artist out there to some of the artists that have been around for a long time. You learn something new every time you see ‘em. You know, I look for somebody that’s gonna certainly get the crowd goin’ and somebody who’s gonna bring their A game every time that they perform, cause that elevates me.” – Tim McGraw

The McGraw 2022 Tour heads to Charlotte, North Carolina on Thursday, May 12th, followed by weekend shows in Alpharetta, Georgia and Orange Beach, Alabama.

Tim posted a preview of his numerous stops in Florida to social media last weekend.

Check out the story with Erin and Chris of 94.3 KAT Country Mornings below: