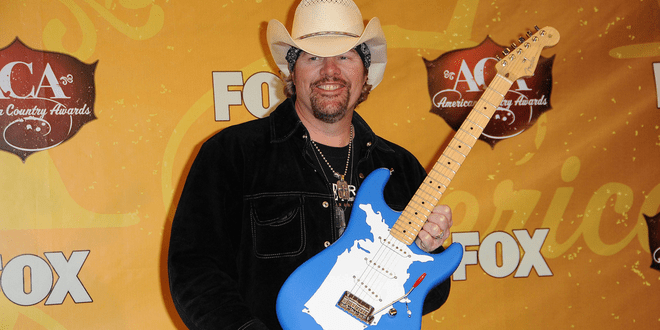 It’s been a while

Toby Keith will release his first new album in five years on October 15th. He co-produced the project, called Peso In My Pocket, and it features the highest Billboard Country Airplay chart debut of his career with the lead single “Old School.” He made the announcement on Instagram! Check it out!

Toby stayed in the home he owns in Mexico during the first several months of the pandemic. He said, “It was like being on the moon. A lot of my friends down there were afraid they wouldn’t be let back in the U.S., so they all went home. I wasn’t on the road and nobody could go anywhere, so I thought, ‘You’ve written a long list of songs by yourself, dumbass. Get up and get busy!’ I went through the ideas I keep on my phone and thought, ‘Sh**, I need to write these.'”

Toby will receive the Academy of Country Music’s Merle Haggard Spirit Award in August for “following his own path, crafting great songs and epitomizing Merle’s spirit.” He received the National Medal of Arts earlier this year, and is being inducted into the Nashville Songwriters Hall of Fame this November. All well-deserved honors!

Here is the Peso In My Pocket track listing: