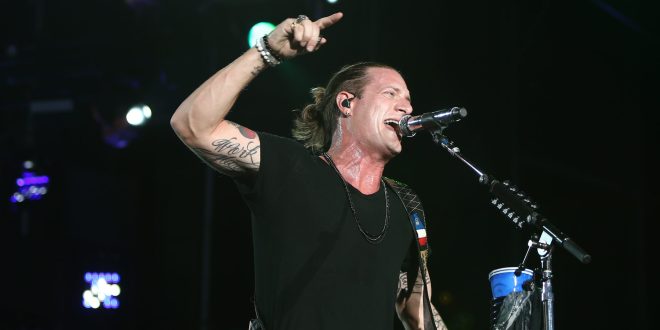 Tyler Hubbard has released his new six-song EP, Dancin’ In The Country, along with the unofficial video for the song’s title track, which was co-written by Tyler and Keith Urban, among others. The Dancin’ In The Country EP features Tyler’s debut single, “5 Foot 9.” which is a Top 15 hit and climbing on the country charts.

“Honestly, a song that was inspired by these nightly dance parties we’ve been having in my house after dinner. Me and the three kids and my wife we go in the playroom, turn the party lights on just about every night and have a dance party. So, this is one of those songs that always worked in the dance parties and feels like something that’ll be really fun to take on tour and play live and hopefully get the crowd moving the way the kids do during the dance parties. So, ‘Dancin’ In The Country’ is just a fun one.” – Tyler Hubbard

These songs along with some other new ones will be featured on Tyler’s yet untitled debut solo album, which will be released on January 27, 2023. He will make his solo debut on NBC’s Today show on August 30th to debut “5 Foot 9” on television for the first time. Will you be watching?